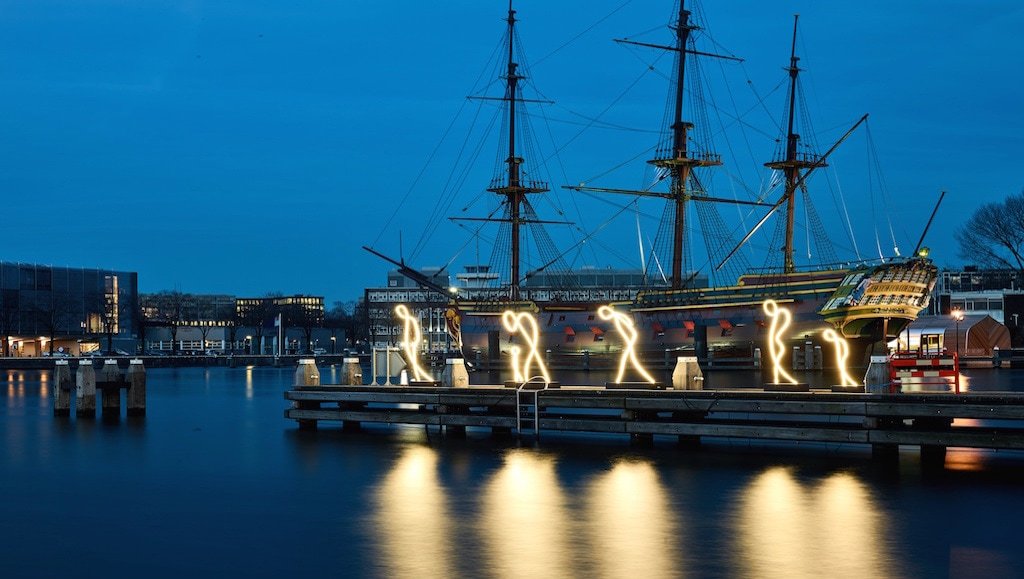 Light City is such a feast of creativity you’ll want to catch the next Amtrak to Charm City. This year’s edition runs each evening through November 1-10, 2019 and is absolutely free.

What exactly is Light City? It’s the nation’s first large-scale light, music and innovation festival. It aims to redefine what is possible in the public realm by transforming Baltimore into a groundbreaking multi-media playground of light art installations, concerts, and performances.

Baltimore has a robust community of artists and Light City offers local talent the opportunity to stand should-to-shoulder with internationally acclaimed artists from around the globe.

2016’s inaugural edition was attended by over 400,000. Festival organizers have ambitious plans to grow Light City into something on the grand scale of South By Southwest. From the looks of this year’s festival, they are well on their way. 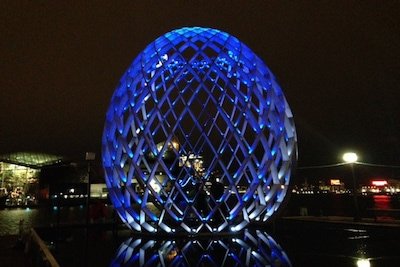 Channel your inner-child when you interact with Impulse, a publicly activated light and sound experience with 15 seesaws of various sizes. To activate them, one person sits down on each end. The seesaws, fitted with LED lights and speakers, then produce a series of sounds.

Another superb participatory installation is OVO. You’ll walk on a path in shallow water until you reach the interior of the egg-shaped sculpture, as if to vanish into a metaphysical mist.

My light is your light pays tribute to the humanitarian crisis in Syria. This installation embodies six human-scale figures representing a family fleeing this war-torn country. It’s haunting and thought-provoking. 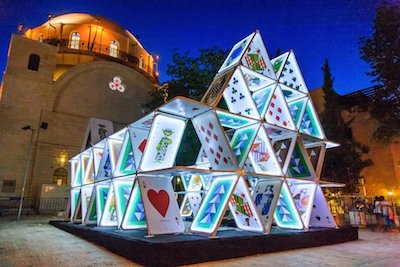 Baltimore is a city of some 200 distinct neighborhoods and this year’s festival extends to eight of them, expanding its reach beyond the tourist trodden Inner Harbor.

Baltimore’s food and drink scene is blossoming and the festival promotes homegrown goodies from the city’s culinary community. Sample locally distilled Sagamore Spirit Rye and beer from Union Craft Brewing and you’ll understand what the buzz is about.

If you’ve got kids, Mini Light City offers hands-on experiences each evening at a bedtime-friendly 5-8 pm.

Get to Baltimore from NYC

For more information, go to Light City and Visit Baltimore

Photo credits:My Light is your light by Alf, OVO by Allison Tibaldi, House of Cards by Perry Mandelboym 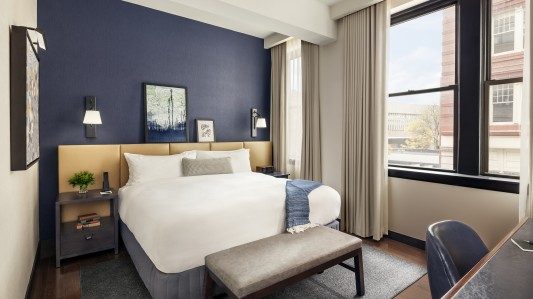 The Press Hotel to Open in Portland, Maine