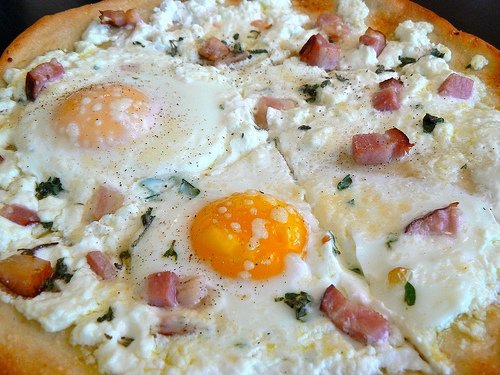 I first visited Ortine in February when it was drizzly and cold, which made the brightly lit glass storefront all the more welcoming. Small and sparingly decorated, the café opened around Christmas in Prospect Heights and soon gained a following among neighbors and freelancers who come in for its warm at-home feel, free WiFi, and bottomless cups of coffee.

I don’t think I budged from my chair for a good two hours that day while I worked on a hearty chicken salad sandwich and homemade date-nut bread. Sarah Peck, who runs Ortine with her husband Steve Guidi, was always on hand and occasionally checked in to make sure my mug was never empty.

Last month, the husband-and-wife team opened the backyard with outdoor seating beside their newly planted herb and vegetable garden. While the goal is to use as much fresh vegetation as a small restaurant can yield from a modest plot, the garden is still in its early stages. “We planted a month ago so it’s a baby garden,” Steve says, “But we hope to have some tomatoes, fava beans, different types of lettuce, squash and peppers by August.” Right now, the couple uses the cherries from the cherry tree to make their summery Sour Cherry White Sangria and the mustard greens from the garden in their salads.

“It’s a luxury to have space for a garden,” Steve adds. “Even if a restaurant wants to grow their own, they may not decide to because any extra space would usually go to seating. We were lucky because our neighbor was willing to let us use his backyard.”

To taste-test the goods, I had the kalamata olive pizza sprinkled with mint picked from the garden. Prepared with meaty olives and goat cheese, the golden, cracker-thin pie was garnished with lemon zest that gave the pizza an irresistible hint of citrus. I devoured the food on my plate and I don’t even like olives.

“We wanted to have a restaurant that would reflect the way we eat at home,” Steve says, citing organic, locally-sourced ingredients as key components to his and Sarah’s cooking ethos.

I looked around: a man in a suit rushes in to order three plum oolong iced teas to go while a first-time mom cradles her sleeping newborn as she uploads photos to her laptop and nibbles on a Belgian waffle. Weekend brunch hours are the busiest. Other times, everyone from students to filmmakers drift in and out or stay a while. But as each guest wanders toward the door, they thank Sarah and Steve just the same. Like a good neighbor, the hosts respond in kind, “Come back for dinner! We show movies in the garden on Tuesday nights.” 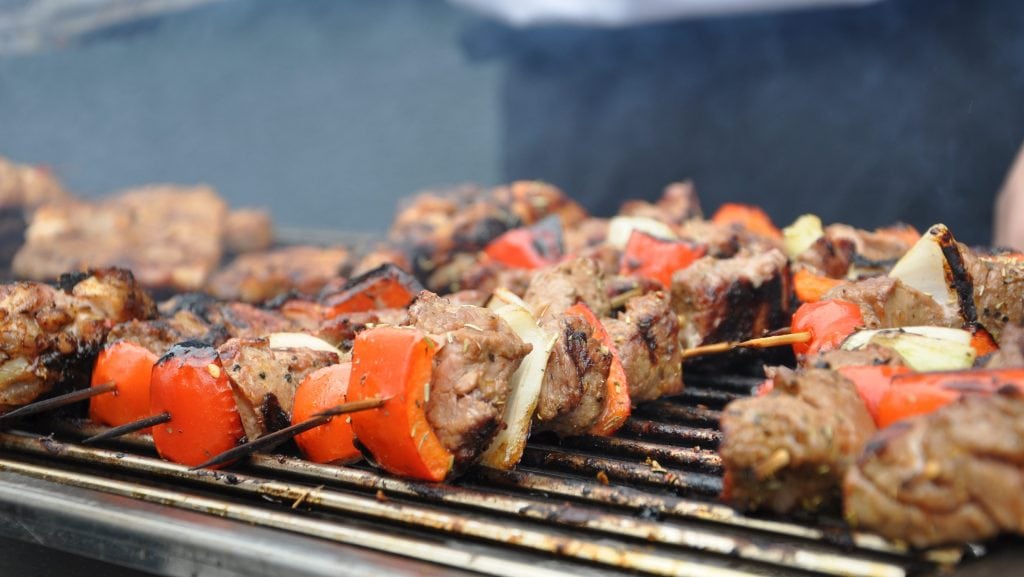 The Best BBQ, Blues and Booze Spots in Brooklyn