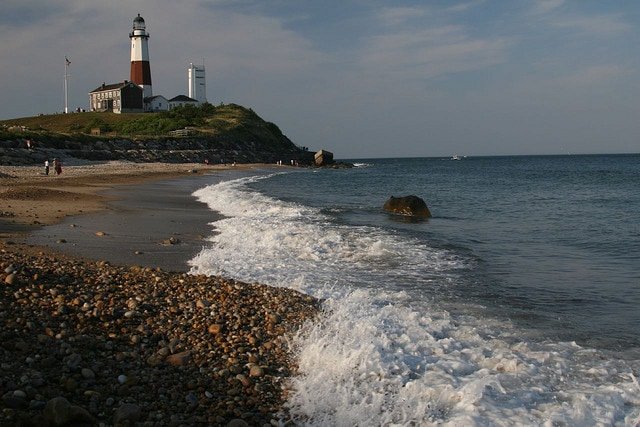 There are few more knowledgeable about New York travel than the savvy Dorothy McGivney, founder of four-year-old website and weekly newsletter, Jauntsetter. New York is one of Dorothy’s best kept secrets. Leave it to Dorothy to find the only acceptable place to get a croissant in Penn Station—she has the eye of a traveler while being the quintessential local. She knows the right beach for the right season, how to get nearly anywhere on public transportation, and when Long Island Sound oysters are at their plumpest.

Here are her top tips on weekend trips in and around NYC.

oM: What are some of your favorite Spring getaways in New York?

DM: In the spring, I think Montauk is a great getaway. It’s become so trendy in the past few years that I think the summer has a really different feel than it does the rest of the year. There are lines for getting into bars and you have to make reservations to eat at restaurants, but in the spring, before memorial day, it’s a completely different feel out there. I love going there in the winter, I love going there in the fall, but I think in the spring, when the sun is setting later and rising earlier, it’s easier to take a walk on the beach where you don’t have to be completely bundled up from head to toe and you can take advantage of a lot of outdoor activities like riding bikes and renting boats, so I feel like that is an excellent spring time destination.

oM: Any neighborhoods you’re particularly fond of in ether Queens or Brooklyn?


DM: I lived in Astoria for five years and when I first moved back to New York in 2000, I lived on 41st and Ditmars and I was so broke. I worked in publishing, could barely pay my rent and would shop with my change at Top Tomato, which is this really great little grocery store. One of the first times I went out to eat in the neighborhood, I went to Steinway Street, which was a few blocks from my apartment, and I stumbled into this restaurant that looked really nice from the outside. It was an Egyptian restaurant and I was a vegetarian at the time and everything on the menu was around fifteen dollars, which seemed so insanely expensive to me and there was only one vegetarian option. The owner seemed so nice and he was like, ‘Oh, you have to go to my brother’s cafe. It’s two doors down.’ His brother was Ali and he ran the Kabob Cafe and everything there at the time was a lot cheaper. Everything was under ten dollars on the main menu and there were so many vegetarian things. You could bring your own wine and Ali was your chef and your busboy and your maitre’d and your waiter. He was this total character and it was just amazing. So that sort of began my love affair with Steinway Street.

oM: Do you have a favorite place that is nearby but makes you feel like Manhattan is far, far away?

DM: Jones beach is amazing, especially if you don’t go in the middle of the summer on a weekend. I’ve been to beaches all around the world and I feel it’s one of the most beautiful. It’s definitely one of my top five beaches that I’ve ever been to. In the summer you go there and you feel like you’re in the city in some senses and it looks beautiful, but it’s so packed and it’s hard to find a place to put your towel down, but it’s so beautiful. The waves are amazing, the water is clean. It’s a sand bar that was built into a beach by Robert Moses—it’s weirdly a man-made beach. But it’s so gorgeous and you’re in nature because there are no buildings around.

oM: Do you prefer the LIRR or Metro North as far as destinations and service goes?


DM: Whenever you talk about the Long Island Railroad, you’re going to have to talk about Penn Station, which is one of the most horrible places not just in New York City, but in the world. It is awful. On the other hand, with Metro North, you get to leave entering through Grand Central which is a glorious experience. The shops that they have in Grand Central are so much better. In Penn Station I don’t understand why they don’t have as many upscale stores. There’s an olive oil shop in Grand Central, so if you are going to a friend’s upstate home you can easily go buy some imported olive oil or balsamic vinegar. In Penn Station there is a K-Mart, a Duane Reade, and Hot and Crusty is the fanciest you’ll get, but they actually have great baguettes and croissants, little known fact.

In terms of destinations, I think there is far more to do off the Metro North because it connects to so many railroads and goes farther north and south with those connections. Long Island, there’s the North Fork, there’s Montauk and there’s The Hamptons, but there’s not as many attractions. On Metro North, you can hop on and get off in an hour and be in Beacon and go to the Dia. There’s not really a cultural equivalent for art on Long Island. You know, there’s Storm King, you can go on hikes in the mountains. There’s an Amtrak that leaves from Grand Central that goes all the way up to Lake Placid with a connecting bus. So I think in terms of sheer number of destinations, Metro North has more variety.

oM: You are expecting – do you have any baby trips planned?


DM: I grew up in a family of four children, all within less than six years of each other, so my parents were very budget-conscious about traveling with all of us. From the time I was five to twenty-seven, every year my family went for a week to Montauk to go camping at Hither Hills and it was such a great place to go camping, especially as a kid. I feel like that is one of the most family friendly travel spots. You have to make reservations in advance because it’s so popular with people in the summer—it’s all families, all kids. My mom had us alone for a couple nights when my dad would have to go back to work so she handled four kids. I don’t know how she did it but whenever I think about traveling with a kid I think, if she managed to camp with four kids, even though it was a night or two out of a whole week, that’s pretty inspiring. 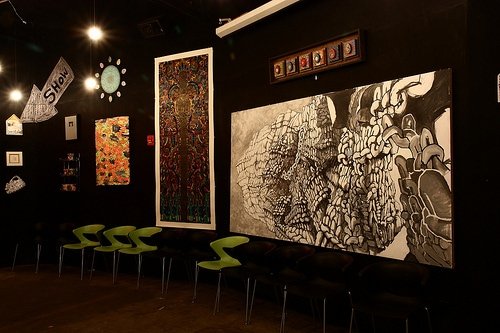 An Interview with the Owner of Littlefield in Brooklyn