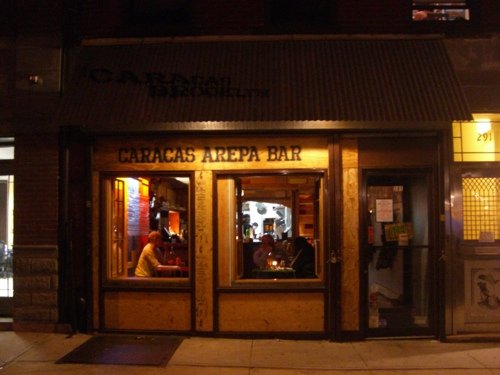 Strips of unfinished lumber and rippled tin line the walls, lending the warm interior of Venezuelan eatery Caracas Arepa Bar the feel of a beachside canteen. Just four months old, this Williamsburg restaurant is the younger but arguably more mature sibling of the perpetually packed East Village original, which opened in 2003 to the thrill of those who like their arepas extra stuffed and on the cheap.

After six years of sharing their authentic home cooking at a clipped city pace, the husband-and-wife team, Maribel Araujo and Aristides Barrios, opened this outpost in December 2008 near their Brooklyn home.

In the kitchen, the savory cornbread pockets look like small flat moons bursting with grilled chicken, chorizo, and cheese from the plastic red baskets in which they are served. While arepas may seem simple in appearance, the pita-like bites are deceptively filling. Don’t be shy about pouring on their homemade sauce—the ingredients of which still elude us despite our winning disposition and craftily deployed inquiries (“Do the areperas in Venezuela serve a similar sauce? What’re the ingredients used in theirs?”) You can also bring a bottle home for $7.50 each.

“In Caracas, the only places still open after a night out are the areperas,” said regular bartender Miguel Angel Lacruz as he whipped up a cocada, a thick coconut shake sprinkled with cinnamon. “Even McDonald’s closes at ten, so if you want something to eat, you get an arepa. We have them all the time, even at three in the morning!”

Choose from fourteen arepas, opt to mix-and-match meats and veggies, or request an entree like the Pabellón Criollo, the Venezuelan national rice dish comprised of shredded beef, beans, and plantains topped with crumbled cheese. While aficionados still pack themselves into the Manhattan joint, the Williamsburg way seems less frenetic and more family friendly. Could be why even the little cherubic ones come in without complaint, while the rest of us look forward to the end of April when the spacious, bricked-in back patio opens for alfresco dining in South Side.

Photos: Courtesy of Amy Cao and The Feedbag 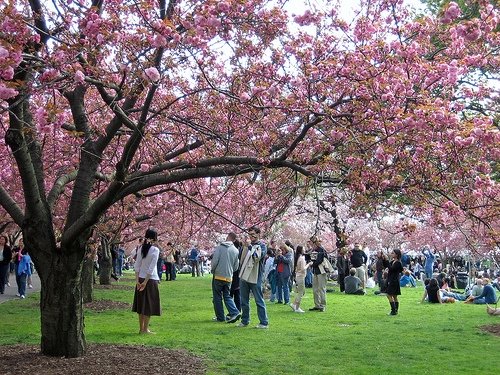