Home Weekend Getaways Things to Do in Shenandoah National Park 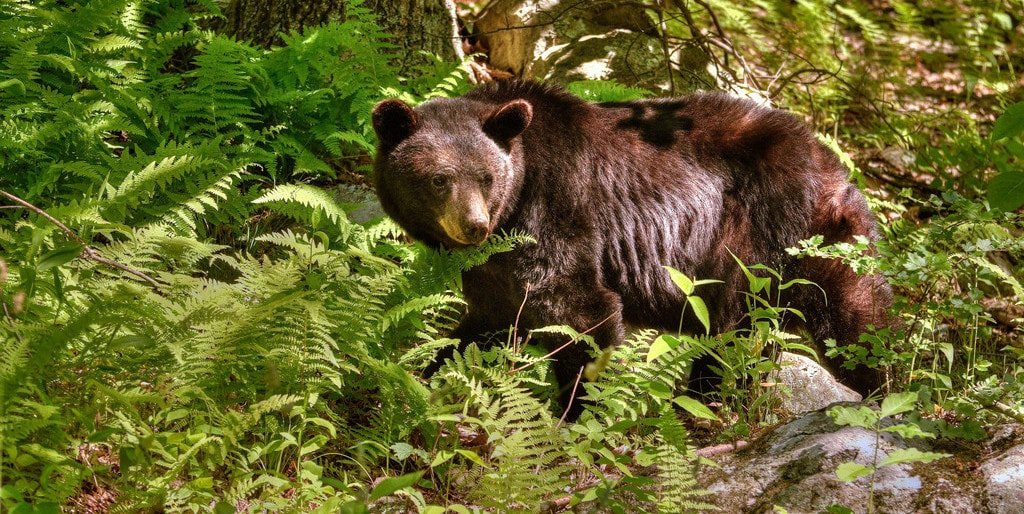 Only 75 miles from Washington, D.C., the park was designed to offer a cool, green refuge from the workaday world to citizens from all over the country. Opened officially by Franklin Delano Roosevelt in 1936, the Park’s 500 hiking paths (including 101 miles of the Appalachian Trail) wind through some of Virginia’s most ravishing views along mountain trails so mysteriously lovely that Edgar Allen Poe wrote “A Tale of the Ragged Mountains” about their misty glamour.

“I like to remind people that these are some of the world’s oldest mountains,” Bogle explains as she gestures toward the panoramic sunset from the Park’s Skyline Lodge drawing room. “They are older than the Himalayas, older than the Rockies. I was always taught to respect my elders and these mountains are the grandparents of them all.”

The feeling of history and family ancestry (of mountains and people alike) surrounds travelers from the minute they step off the platform at the nearby Culpeper Amtrak railway station (about a 22-mile bike ride from the Park). Bike riders traveling through time to Shenandoah can bring their wheels with them on the train (a five-hour 45-minute ride) from New York City or they can rent them at Culpeper’s local shop, the Bike Stop. Travelers not averse to a short cab ride (under $20) can take a local car service at the rail station direct to the Park’s entrance.

The Writing on the Wall: Culpeper and The Graffiti House

Culpeper itself is a historic Civil War town; once a refuge for soldiers on both sides of the battle and a frontline for famous caretakers like Clara Barton and Walt Whitman.  Today, Culpeper is a compact and friendly town, deeply proud of its history but eager to show off its contemporary Southern hospitality. Travelers who like to venture off the beaten track but come back to luxe digs can quarter at The Suites at 249, Culpeper’s newest all suite boutique hotel (from $160 a night) with simple but chic decor housed in a historic brick building on Davis Street, Culpeper’s main street.  Visitors stopping through on the way to the park should consider pausing for sweet tea and chicken fried steak or organic salad with truffle oil and Pinot Grigio at one of Culpeper’s varied foodie havens, then making a short pilgrimage to The Graffiti House, five miles north of town. The Graffiti House was a hospital for both Confederate and Union soldiers during the Civil War.  Soldiers and staff alike used charcoal from the fireplace to draw and write messages on the walls.  When the house was sold in the late 1990’s local historians purchased it and it was opened as a museum in 2002.  The house, destined to become featured on a national ghost hunters TV show this year, speaks to us like a time capsule from the Civil War in the form of words, names and poignant drawings that look as fresh as when the soldiers staying here made them.

Iron Mike and a Bittersweet Legacy

Moving forward through time to the gates of Shenandoah National Park, travelers without cars will find an $8 individual entrance fee and a statue of Iron Mike. Iron Mike represents a member of the Civilian Conservation Corps, the FDR-era workers that helped clear the land and build the park. Inside the Harry S. Byrd Sr. Visitor’s Center, a thoughtful exhibit explains the park’s history and doesn’t shirk from controversies surrounding it. When Shenandoah was planned in the late 1920’s, some 465 families were evicted from their homes and moved off the land. A few residents, who had lived in the mountains for generations, fought the government and stayed. The park allowed their families to bury them here after they died. You still see odd and haunting reminders of their presence such as tumbled down stone fireplaces, old livestock fences tattooing tree trunks and grave markers peeping out from beneath the foliage like ruins of a lost civilization. Another shadowy chapter of the park’s history told honestly in the Center is segregation, which relegated African-American visitors to one campground, the Lewis Mountain Cabins. Shenandoah was one of the first public places in Virginia to desegregate in the early 1950’s but the Lewis Mountain Cabins remain as a landmark to a generation of African Americans who found a summer haven there in the 1930’s and 40’s. 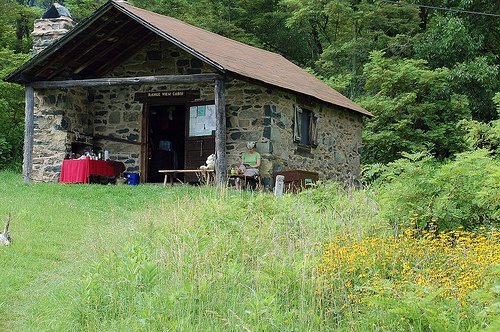 History, too, is echoed everywhere through the 1930’s typography on the road signs and buildings. The park’s two lodges Skyland (built in 1888) and Big Meadow (built in 1939), both feel like they stepped out of Dirty Dancing, the golden age of American road trips and Route 66. The lodges both offer surprisingly sophisticated bars and restaurants (try the Prohibition Punch made with local legal “moonshine”) along with mountain views and public rooms with wifi and kitschy-fabulous souvenir and craft shops. Evenings at the lodges bring local entertainment like the Shenandoah Cloggers (Virginia’s answer to Riverdance) and traditional Blue Grass musicians. Both lodges also encompass surrounding cabins from $109 a night. The traditional African American campground, Lewis Mountain Cabins have rustic mountain accommodations from $109 a night but also offer travelers the option of a tent cabin for $30 per night.

Roving further into history, visitors can hike to Rapidan Camp, Herbert Hoover’s summer White House. The depression-era president and his wife, Lou retreated from the heat in Washington with visits to the rustic camp with friends like Charles and Anne Morrow Lindberg. The main house has been restored with original furnishings and memorabilia but its simplicity and homespun charm is striking. 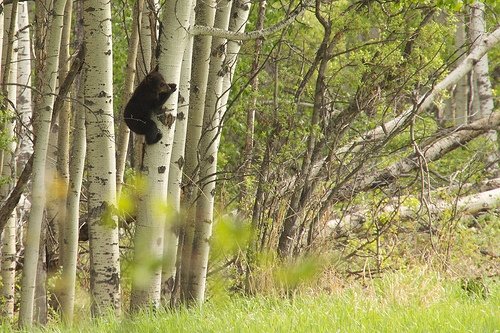 Although visitors can trace historic human trails in Shenandoah National Park, it remains very much a place to touch the spirit of wild things. Brown bear, deer, over 200 species of birds and a unique and endangered Shenandoah Salamander, only found beneath the Park’s dense underbrush, are just some of the wild denizens of the park. A free guided hike through the park with one of the uber-friendly Park Rangers brings out the Junior Ranger in all of us (if you ask nicely, you might get a badge). The Park’s Big Meadow has been kept as it was when cleared and worked by early inhabitants and is one of the Rangers’ favorite places for guided exploration. A stroll through its hay-scented field uncovers life in all its unexpected wonder. A furry caterpillar humps its way across a leaf. A doe nudges her fawn through a beech grove. Hundreds of wildflowers, blueberries and other flora bloom here in the summer, spring and fall.

The Sounds of Silence

For visitors staying in the park, one of the most striking things about Shenandoah is the sound of silence. As night falls the smore-makers douse their campfires. A blanket of quiet descends. Staying in one of the cabin lodges, the only sound you hear is your own footfall on the wooden floor. There are no phones in the cabins and televisions are only available in a select few (but who would want to disturb the silence with CNN?). The rustic beams seem to absorb noise, stress and mental clutter. The only Blackberries that work here are the ones growing in the bush.

By air: Flights (just over an hour) from JFK/LaGuardia to Richmond are available on a regular schedule. By rail: Amtrak offers direct service from New York to Culpeper, Virginia. The ride takes about 5 hours and 45 minutes. More on Virginia: www.virginia.org 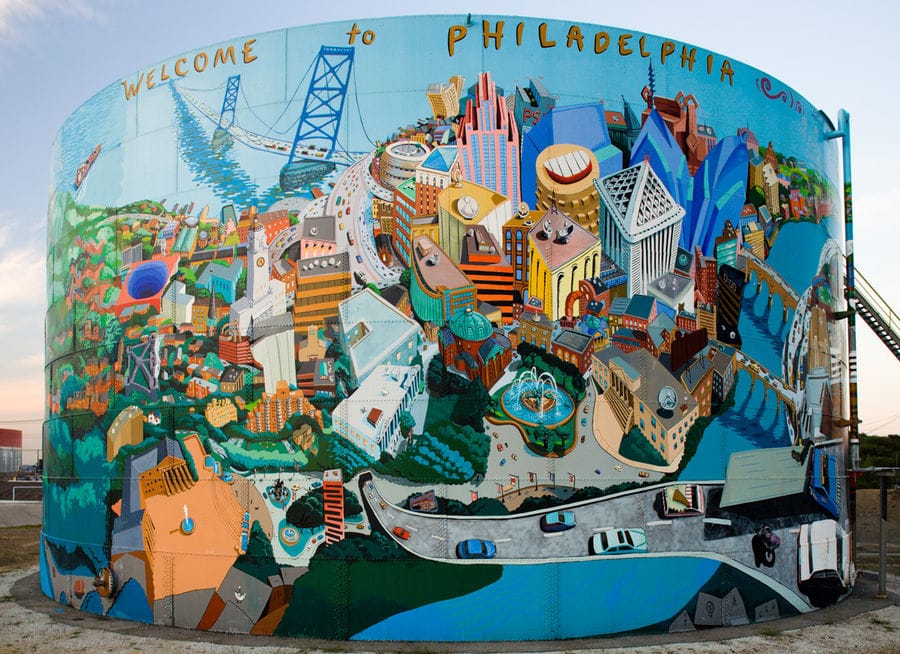 Philly Art Scene: All You Need To Know