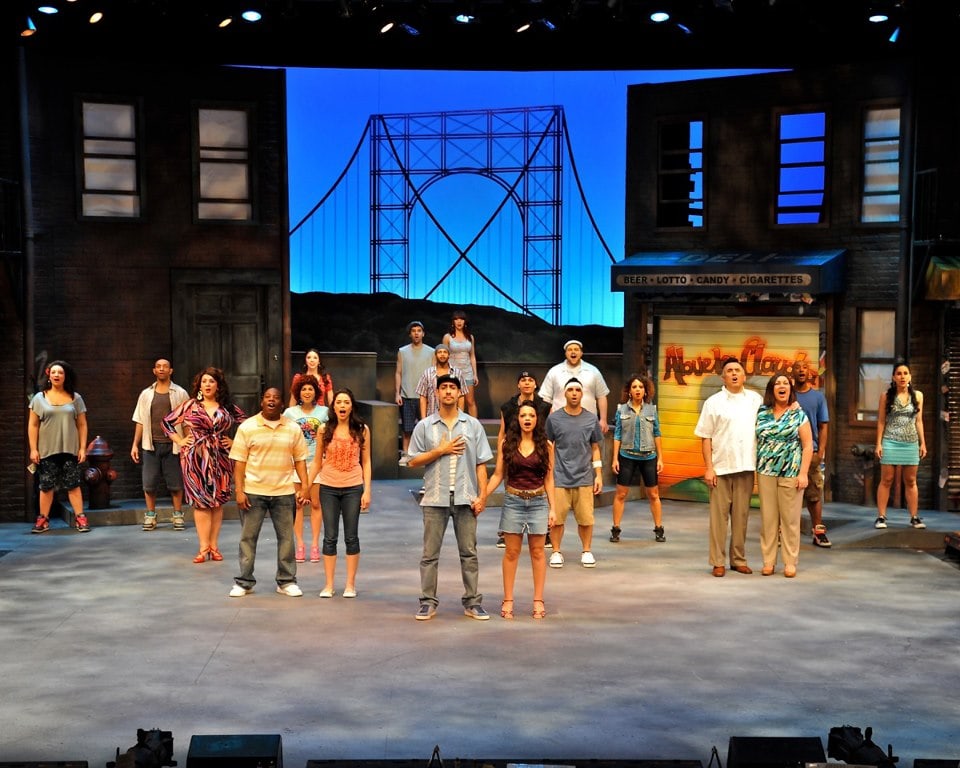 You’re trying to save up for those West Side Story tickets, but wish there was still a way to get your theater fix. Upstate, the Westchester Broadway Theatre offers dinner and a New York-caliber show for $60 to $73, a spectacular spectacular deal that’s better than a full price ticket to an off-Broadway play.

Set in serene Elmsford, NY, a close distance from historic Tarrytown, this family entertainment venue is all about enjoying more for much less. WBT can command Broadway stars like Jekyll & Hyde’s Bob Cuccioli and Legally Blonde’s Kate Shindle to headline revivals with production values that match Broadway’s—only this experience adds a sense of adventure and relaxation that isn’t normally there. Since 1974, Westchester Broadway Theatre has grown into one of the most luxurious theaters in the tri-state area, featuring a beautiful modern stage that can handle complex technical productions like Phantom and The Producers, and an elegant dining setting that makes the need to rush through the pre-show meal obsolete.

Specials:
Luxury Boxes: For private parties of 6 to 22. Additional features include an expanded dinner menu, hot and cold hors d’oeuvres, and a private powder room.

Economic Stimulus program: Several different offerings, including “Sharing and Caring” Sundays, where buying one ticket gets the second one half off; and “Family and Friends” Fridays, where for every Friday night full price adult ticket you can receive a child’s ticket (ages 5-16) free. For details on these and other specials call 914.592.2222.

How to get there: By train, take the Metro-North Railroad (Hudson Line) from Grand Central Terminal that will run express to Tarrytown station in about 35 minutes. Local service is available between other Metro-North commuter stations. Local taxis swarm the station at the approach of a train. If you are resigned to New York City yellow cabs with their single fare restriction and meters, you’ll love the Tarrytown cabs that can take multiple passengers and charge flat rates by zone.

All Aboard the Queens Art Express Festival