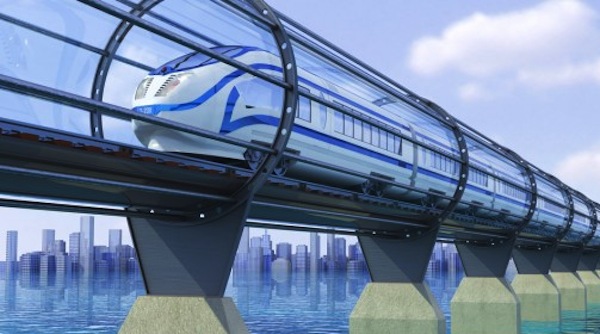 Even as California’s bullet train gets underway, Tesla mastermind Elon Musk has another idea for connecting San Francisco to Los Angeles. Musk’s plans for the solar-powered Hyperloop resemble a space-age space shoot that would zip riders between California’s major cities within 35 minutes. And now, it may be more than just a dream. Musk’s rocket company SpaceX announced that it will build a one-mile test track in Hawthorne, CA. Now, the company is hosting a competition, targeting university students,  for the perfect Hyperloop pod design. Submissions are due in September, and the winners will get to test their designs in June 2016.

Learn more about the competition here. And until Hyperloop is a reality, satisfy yourself with Amtrak journeys.