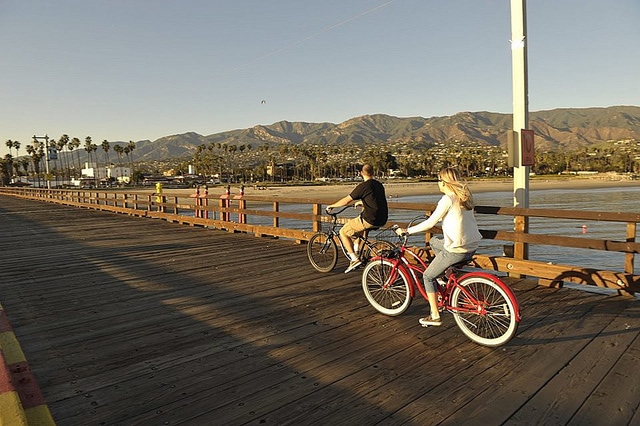 Leg three of my coastal California train trip has us trading in the green valleys of San Luis Obispo for beach-y environs of Santa Barbara, the gateway to SoCal—and, more importantly, to excellent Mexican food.

1. When you think Santa Barbara, you think beach. The good news is that, unlike in L.A., you don’t need gasoline to reach the best beaches here. If you want a bike for the day, Wheel Fun Rental (from $8.95/hour) is the most accessible to downtown, but really, you can get anywhere on foot.

Cruise past the touristy Stearn’s Wharf and instead head to sandy Ledbetter beach, just west of downtown. To get even further from the crowds, keep going straight down the oceanfront, about two miles, until Arroyo Burro Beach County Park (Hendry’s Beach, to locals), a secluded strip of beachfront separated from the city by a row of craggy cliffs, which you can watch hang gliders jump off of.

2. Of course, the other thing Santa Barbara brings to mind is wine, and you don’t have to head out to the burbs for that either. Like in Downtown Napa, most of the Santa Barbara County wineries have set up tasting rooms in the city itself. Most of them are in the “Funk Zone,” the neighborhood wedged between downtown and the beach. Urban Wine Trail SB has a map of all 15. Most are open from noon until 6 (or longer), so there should be plenty of room for a wine crawl in between beach time.

1. La Super Rica Taqueria, made famous when Julia Child called it her favorite taco spot, is still a hole-in-the-wall with low prices (but now also perpetual half-hour lines). Despite the hype, it’s still worth the wait for steak tacos and fresh veggie tamales that are pretty as much as good as it gets.

For train travelers, Hotel Indigo (rooms from $199) is the obvious choice. The modern art-themed hotel is directly adjacent to the train station (which is in the heart of downtown, and just four blocks from the beach). As part of Santa Barbara’s Car Free Project, the hotel offers $10 off the room rate to any guests who arrive sans auto.

The trip from SLO to Santa Barbara is roughly two hours, forty minutes (from $22, or $55 total for a direct ticket from San Francisco). This is one of the best parts of the entire Coast Starlight trip, as the train hugs the coast for more than 100 miles, passing Pismo Beach and Point Conception, with the Santa Ynez Mountains throwing in some rocky scenes to the train’s left. 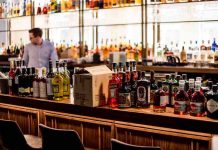